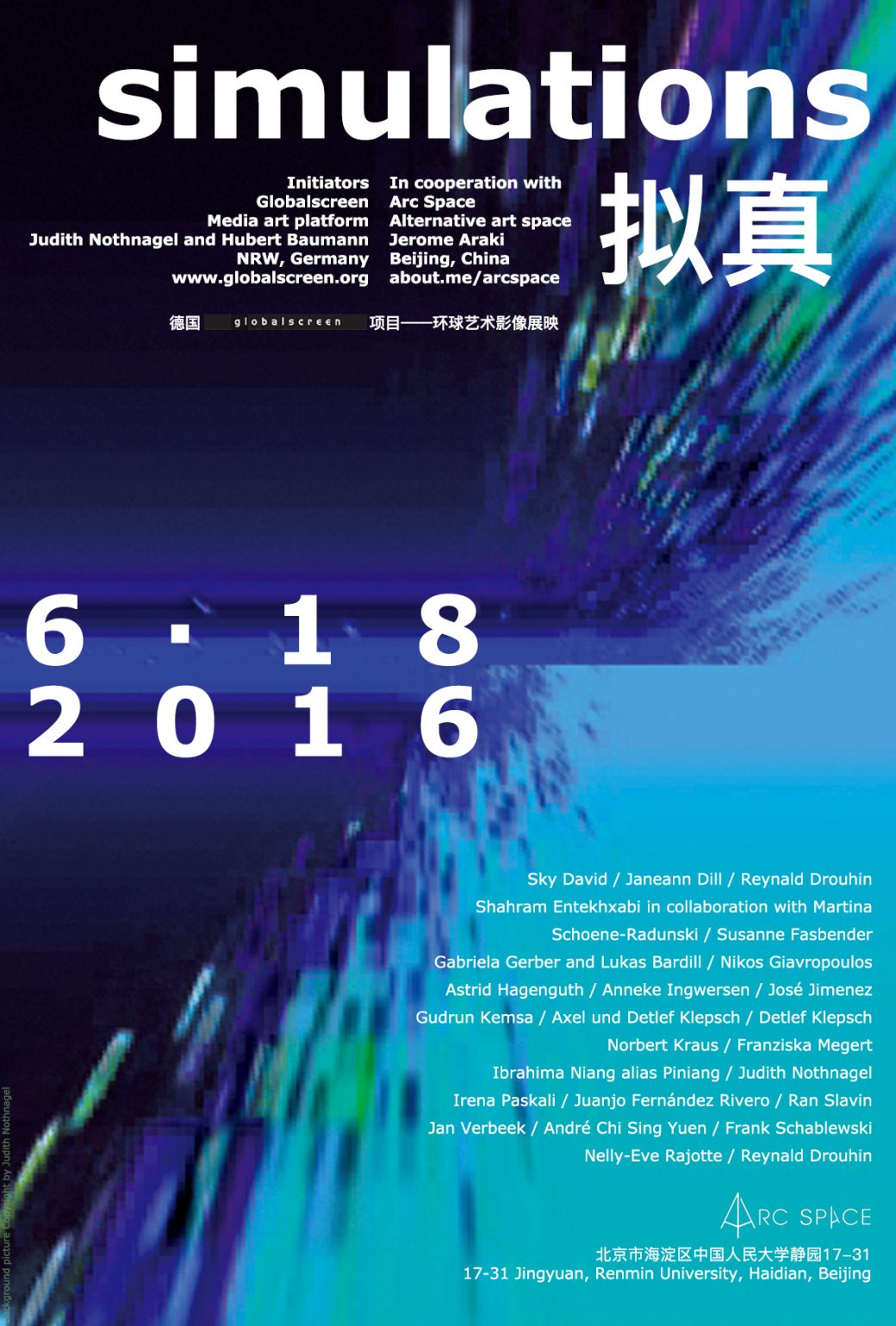 We are happy to announce another exciting event by Globalscreen!
« Simulations » a cooperation between Globalscreen and Arc Space, Beijing, China
It will take place at 18 June 2016, 6PM.
It is a non commercial project.
Arc Space is Beijing’s first alternative art studio… It provides a public space for artists, curators, university students, and people with an interest and passion in art, with art activities, exhibitions, and workshops. ..Arc Space, founded in a rented house in May, 2015, is now run by artist and media therorist Jerome Araki. …https://site.douban.com/251245/ 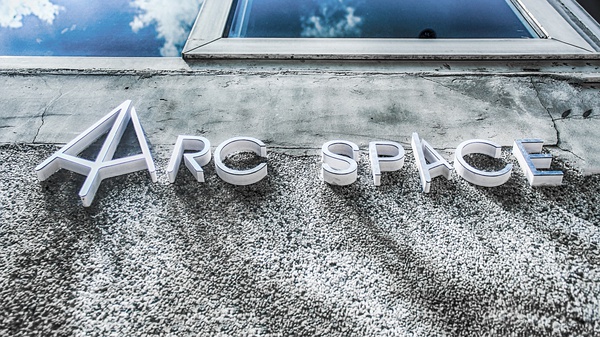 The new Globalscreen Project Simulations, is an artistic examination of questions of perception and of the Zeitgeist in an era of inundation by pictures and by simulations of reality.
These increasingly influence human society, the sciences and the world economy. Perceptions are shifting, in all spheres of life. The artists in this project have been invited to develop a specific perspective in reflecting individually these technological and cultural processes, be it in a political, aesthetic or philosophical approach. The genres extend from experiment to the interactive and animation and to work in documentary mode.

…In Simulation, experiments are conducted on a model in order to gain insights into the system of reality, or to enable us to predetermine responses to actions, influences and perceptions. To define reality as what is perceptible runs the risk of excluding that which, though it exists, cannot be perceived by the human senses.
So I see virtual reality as a means of perceiving sensory stimuli, representations, etc, that does not exist in outward reality, making these accessible to experience and perception. In a virtual environment or in one added to or altered by virtual information the senses can change as priorities are shifted, and perception can be disturbed as a result. If, for example, a tactile channel is lacking, as is the rule these days, the stimulus for other senses is increased. This leads to a shift in the significance of the senses. In turn, this can evolve altered forms of expression. The senses supply us with information on our environment. Via our behaviour, we connect with our environment and are thence able to alter that environment ourselves, or our perception of it (for example by taking up a different standpoint).
Jean Baudrillard (l`agonie du reel) as a Post-Structural thinker sees current reality at the end of the twentieth century as governed by the death-throes of fixed relationships, of the real and the rational, with which the Age of Simulation has begun. History, he asserts, has withdrawn, leaving behind it a fog of indifference, crossed as may be by currents but divested of all context, as he says. Baudrillard sets up theories of hyper-reality in which the sign/symbol gains power at the expense of what it was intended to signify. …as he says.