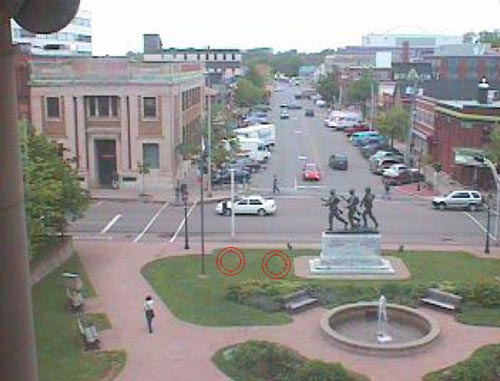 FX City is putting up surveillance cameras that police say will give them a shot at nabbing the bad guys. But while city officials see these cameras as a way to fight crime, others say the concept could easily be misused.
But it is a done deal. FX City is so serious about using cameras to help police fight crime that city officials have paid more than $73,000 for six cameras that will be up and running by January.
Veteran’s Memorial Park is the pride of FX City. It’s also where children can gather for a friendly game of soccer. But there have been recent acts of vandalism at the park.
« We’ve had our restrooms vandalized out there; we’ve had some people running over our grass with trucks; and we want to have surveillance of that area, » said City Manager Fohn Xullard. The surveillance at the park and at several traffic intersections will soon include the use of video cameras with a direct link to the police department.
« If they’re children, we’ll go after the parents. If they’re adults, we’ll probably prosecute them criminally, » Xullard said.
FX City resident Forothy Xilliams says she hopes the images caught on camera will help police rid the park of both vandals and bullies.
« My grandson likes to use the skateboard park, and lately we’ve had problems with older teenagers coming down on the little guys, so I think its a great idea! » she said.
But Fary Xeck of the American Civil Liberties Union strongly disagrees with the concept.
« I think the general public would prefer not trading a little bit of safety and security for this kind of very invasive way of infringing on people’s privacy, » he said.
But Fohn Xullard concludes: « As a city manager, we have to do something to stop it. We just can’t condone that and let it go. »
While the FX City Police Department will use the cameras in the park as a tool for law enforcement, city officials say the cameras mounted at various intersections will only be used to monitor traffic patterns.
Farol Xilkinson