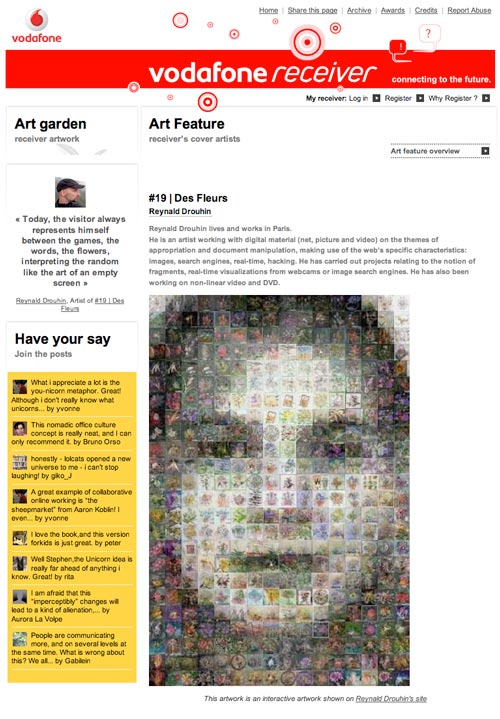 The ideas of web-based community building and social media have been around for quite a while, but only recently have we seen networking sites really burst onto the scene. With their help, the community phenomenon has gone large-scale. And while the controversy continues over whether or not the idea of Wikipedia-style knowledge creation can be trusted, the concept has given rise to myriads of seminal mass collaboration projects.This receiver issue is all about tracking the miscellaneous connections between individuals turned into ‘familiar strangers’ through mediated communication.

Cover artwork: Des Fleurs
« Des Fleurs » by Reynald Drouhin is an interactive installation using a data base of hundreds of sounds, words and images to generate a monstrous and indefinite portrait that is in constant evolution. The « Flowers » project reflects on the realms of nature, portrait and death, with three different phases generated by chance…