Thích Quảng Đức, a Buddhist monk from Vietnam, burned himself to death at a busy intersection in downtown Saigon to bring attention to the repressive policies of the Catholic Diem regime that controlled the South Vietnamese government at the time. Buddhist monks asked the regime to lift its ban on flying the traditional Buddhist flag, to grant Buddhism the same rights as Catholicism, to stop detaining Buddhists and to give Buddhist monks and nuns the right to practice and spread their religion. 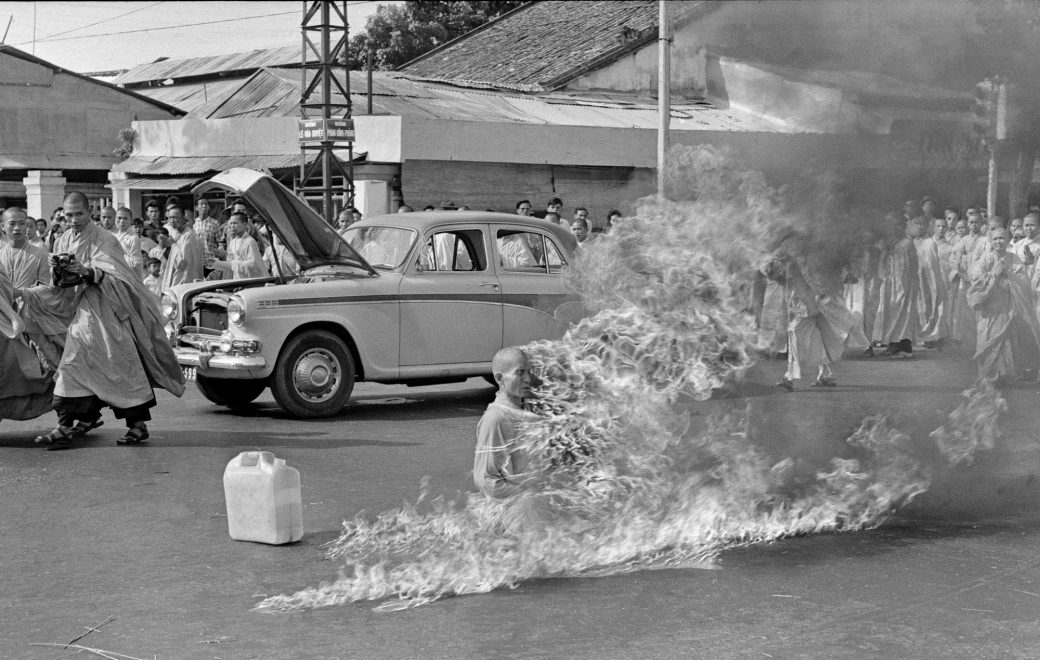 FILE – In this June 11, 1963 file photo, one of a series taken by then AP Saigon correspondent Malcom Browne, Thich Quang Duc, a Buddhist monk, burns himself to death on a Saigon street to protest alleged persecution of Buddhists by the South Vietnamese government. Browne, acclaimed for his trenchant reporting of the Vietnam War and a photo of a Buddhist monk’s suicide by fire that shocked the Kennedy White House into a critical policy re-evaluation, died Monday night, Aug. 27, 2012 at a hospital in New Hampshire, not far from his home in Thetford, Vt. He was 81. (AP Photo/Malcolm Browne)/NYMB108/570742492506/ JUNE 11, 1963 FILE PHOTO/1208281826 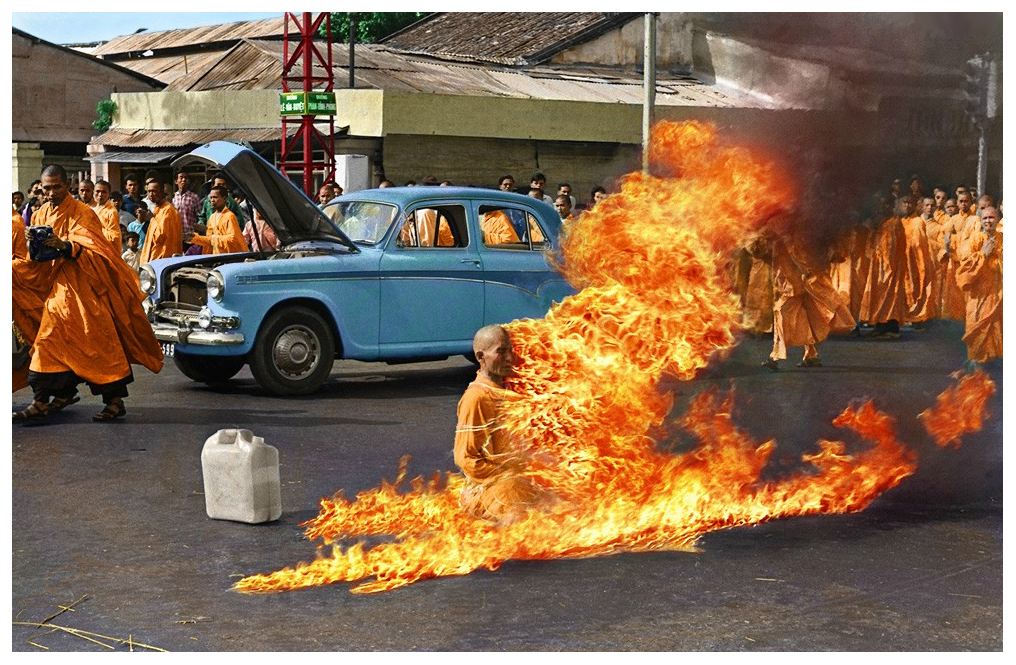 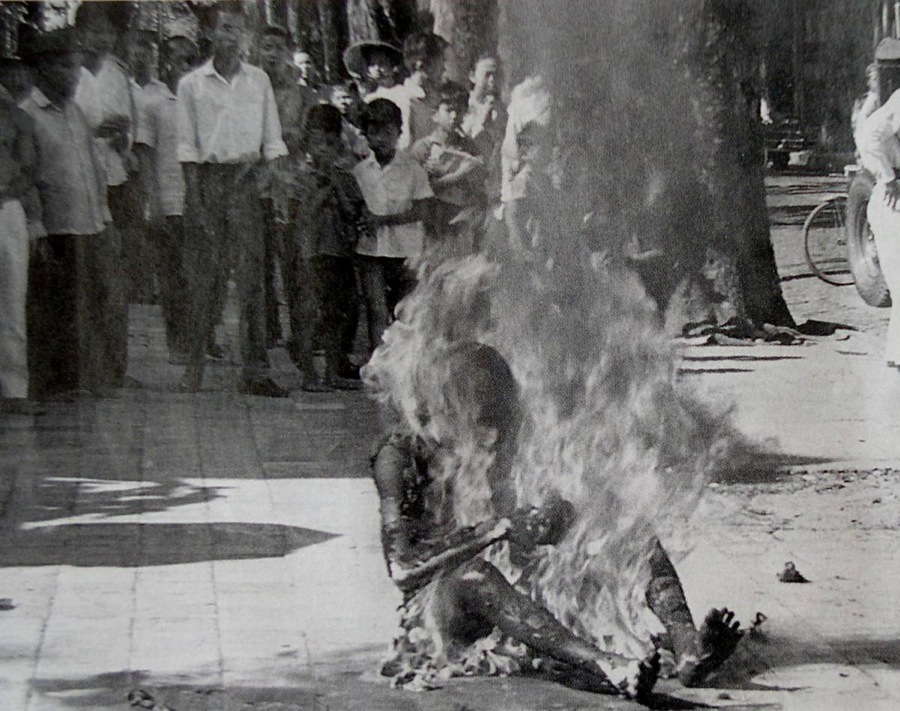 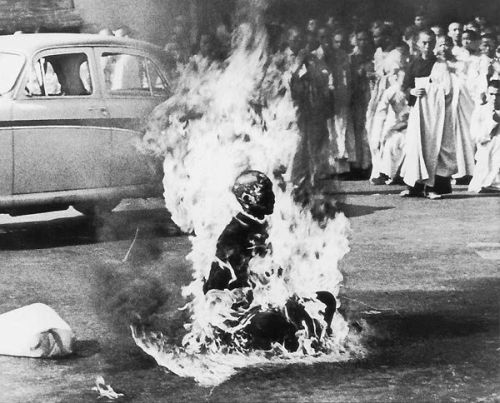 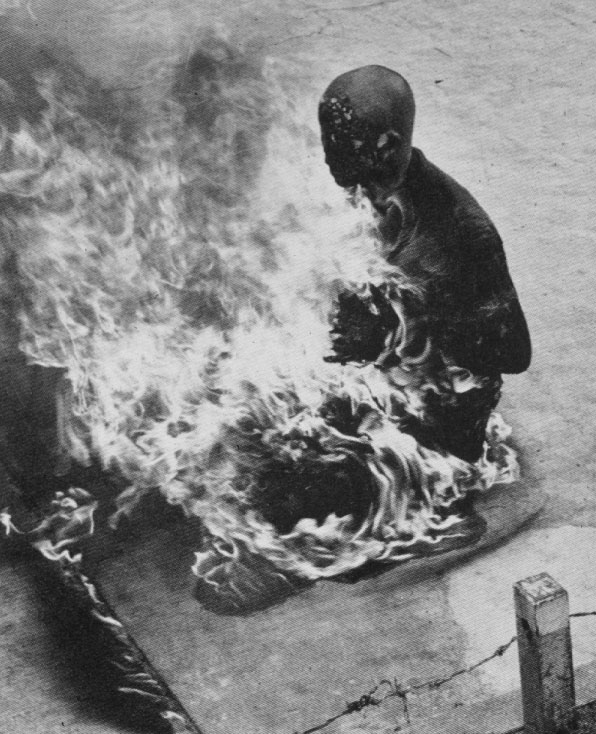