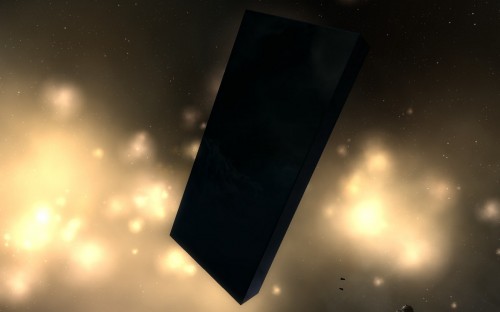 The first monolith to be discovered in the modern age was unearthed on the moon near Tycho Crater due to it emitting a powerful magnetic field which was detected and investigated. It was called Tycho Magnetic Anomaly 1 (TMA-1) before the monolith was discovered. After it was discovered to be an alien artifact, the name became « Tycho Monolith Anomaly 1 » (still TMA-1). Subsequent to this, a second, larger monolith was soon discovered orbiting Jupiter and called TMA-2. A few centuries in the future, a third monolith was discovered buried on Earth in rocks that were clearly millions of years old and surrounded by primitive human artifacts. This was retroactively named TMA-0 (as opposed to TMA-3) in reference to the fact it was obviously the first monolith discovered by human ancestors in prehistoric times. (Source Wikipedia)